Fillers have been used for facial rejuvenation for some 25 years now, and yet they are more relevant than ever. As Dr. Gabriele Muti points out, resorbable materials such as hyaluronic acid and calcium hydroxyapatite have now proven to be the most efficient facial treatments for our patients. Treatments such as the correction of lip volume, nasolabial folds and cheekbones have always been carried out in aesthetic medicine through the use of fillers.

A revolution like the arrival of botulinum toxin seemed to have eliminated or made the use of fillers obsolete, yet time has shown how both can work together in different but synergistic ways to rejuvenate the appearance of our patients.  In fact, as we said at the beginning, fillers are experiencing a new lease of life and their possibilities of use have been increasingly expanded. There are many areas of the face that are now treated with fillers and slowly but surely new treatments are being discovered and tested.

As we know, says Dr. Gabriele Muti, the ageing process leads to a reduction in the thickness and consistency of our skin which is why we often appear more "hollow", like a "skeleton". This is where fillers have really come to our aid, softening and refining the general appearance of the face and giving substance back to the subcutaneous tissue that supports the skin. For this reason, fillers have become the extra weapon to refresh the appearance of the contours of the face, giving support to the skin, for example in the cheeks, reducing any sagging or acting on the jaw and chin to improve their shape.

Another innovation in the use of fillers, as Dr. Gabriele Muti states, is the treatment of the upper third of the face (the eyes and forehead) where we can intervene in combination with botulinum to improve periocular wrinkles (crow's feet) and the sign of dark circles that too often cannot be masked with makeup alone and in some cases allows us to delay the intervention of blepharoplasty by removing bags under the eyes. Support to the eyebrows can also be restored in the periocular region and the concavity (hollow) that is often created in the region of the temples with the passage of time can be eliminated.

Another sign of ageing around the eyes is also the hollowed out upper eyelids, which tend to drown our eyes and age our appearance and look; in this case, by delicately applying fillers to the upper eyelid, we can restore the desired softness and tone back to the eyelid. Another breakthrough in the treatment with fillers is the forehead, in fact often with age the forehead loses its curve and is flattened thus we can restore the correct volumes and then restore the support and tone of the eyebrows which helps to reposition them.

In addition to treating the contours of the face, says Dr. Gabriele Muti, we can also treat its profile by restoring the correct proportions to the forehead, nose and chin. In fact, as we said before, not only can we act on the curves of the face but also on the projection of the chin, increasing its volume when it is too receding and restoring the correct balance with the nose.  We can also act on the profile of the nose by partly correcting certain defects such as in some cases concealing a bump or filling in a nose that is too sloping, or "upturned", and it is also possible to increase the projection of the nasal tip. We have seen how treatments with hyaluronic acid have evolved and we are no longer just talking about cheekbones and lips.

It is truly a renaissance for fillers, which are now increasingly efficient, making it possible for us to use them on the surface, or deeper depending on the elasticity and viscosity and depending on the technique used. The range of treatments we can undergo is therefore increasingly wide and includes the entire face, from simple volumisation, to supporting the skin, to remodelling the profile and contours of the face, from the forehead to the nose and the chin. 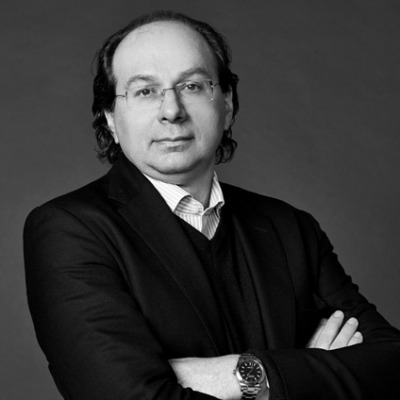 Ask a free consultation to the author

There are areas of our face that are more difficult to treat in aesthetic medicine. For years, significant results have been obtained with the...

Facial fillers are today the most widely used cosmetic medicine treatments for giving the face a younger and fresher look; according to recent...

Aesthetic medicine has made giant steps in the field of skin rejuvenation, overtaking cosmetic surgery in terms of advances, technologies and...

Redefining the facial oval with the new face filler

It is not enough to remove a wrinkle to make a face younger and fresher. The doctor's talent lies in identifying those points and lines that can...