Redefining the facial oval with the new face filler

It is not enough to remove a wrinkle to make a face younger and fresher. The doctor's talent lies in identifying those points and lines that can give harmony to a face and take the age it shows a few years backwards.

In the right hands, the substances used today in aesthetic medicine are more evolved and capable of leading to significant results without distorting the naturalness of the face. Advanced fillers are allies of the aesthetic doctor because they permit acting on the different signs of the passing of time.

Advanced fillers perform their action on several fronts. The first is redefinition of the mandibular contour that occurs with restoration of the soft line designing the oval of the face at a young age. At the same time, volumes are redistributed and the hypertrophic malar area – namely, that part of the cheeks which, with the passing of the years, loses tone and firmness, sliding downwards and spilling into the lower third of the face – is restored.

With aging there is atrophy of some fatty compartments of the face and an accentuation of other compartments; those that are no longer supported by tonic and elastic tissues are particularly affected by the force of gravity. This is the case of the adipose nasolabial region which increases as a consequence of emptying of the overlying malar region.

Advanced fillers are suitable for treating this type of imperfection because they combine the ability to redefine the oval with that of raising tissues and repositioning volumes.

Unlike fillers based on hyaluronic acid, which are the best choice for adding volume to depressed areas, rather than addding, advanced fillers correctly reposition volumes restoring the typical youthful V shape to the face.

For an idea of how tissues reposition themselves naturally without distorting the volumes of the face, you can carry out a small test by lying down on your back and taking a photo. In this position the face is not affected by the force of gravity that makes slackened tissues spill into the lower third. The result is a less marked face, with a contour that is not jagged and the fat compartments positioned adequately.

Photography lying down is a small trick that I often use to give my patients a fairly realistic idea of the natural result that will be achieved by undergoing a treatment with advanced fillers.

Another of the reasons for choosing to use these fillers on my patients is their ability to stimulate the production of new collagen, the protein that makes up our tissues and gives them structure and tone.

Our body naturally produces collagen fibres and old fibres are cyclically replaced by new ones. With the passing of time, generally starting from the ages of 30-35, the activity of collagen production, called neocollagenesis, slows down and the tissues gradually lose tone and compactness because their structure weakens.

Advanced fillers are able to stimulate the process of neocollagenesis by inducing the tissues in which they are injected to produce new collagen fibres. The process is triggered three weeks after the filler is implanted and lasts for up to a year. The result is a brighter, fresher and more toned face, like after a long and pleasant holiday period that reduces the signs of stress and fatigue.

The even more interesting aspect is that advanced fillers continue to show their benefits even after being completely reabsorbed: once the neocollagenesis process is activated, this continues and lasts even after the body has assimilated and eliminated the filler molecules. Due to their peculiarity, advanced fillers are often used for biorevitalisation of the face.

The case of Giuliana, 58 years-old

A patient on whom I obtained a good result using an advanced filler is Giuliana, a 58-year-old employee who, despite being very careful about her skin care, began to notice evident signs of aging on her face.

The question that most concerned Giuliana was the naturalness of the result and several times during the visit she repeated that it was not her intention to modify her somatic features by transforming volumes and proportions; she simply wanted to eliminate the most evident signs of time and take the appearance of her face back a few years.

Giuliana's desires made me very happy because they were fully in line with my aesthetic philosophy. The best results are always obtained by performing treatments and interventions that respect the patient's peculiarities and improve without distorting. A beautiful and natural result is the wish and commitment of every professional who works ethically and responsibly. The aim is to improve the appearance and life of patients by making them regain confidence in themselves, never making them ridiculous or grotesque.

Giuliana underwent treatment with fillers and when she looked in the mirror immediately afterwards she noted how the oval was well defined and the zygomatic-malar area correctly repositioned. She was already happy and satisfied and was even more so when I reminded her that after a few weeks there would be further improvement thanks to the effects of neocollagenesis.

Treatment with advanced fillers always produces a high degree of satisfaction in my patients because the result is visible immediately and improves with time, the treatment is fast and painless, and generally there are no major blood complications (bruises, haematomas, skin rash) especially when I use the cannula rather than the needle.

It is clear that advanced face fillers are not always the best choice, but it certainly is when we need to intervene on redefining the facial oval. What I explain to my patients when they turn to me is that there is no one best filler; there is simply the best filler for that specific case and that specific patient, and a good specialist will choose after a careful medical history. 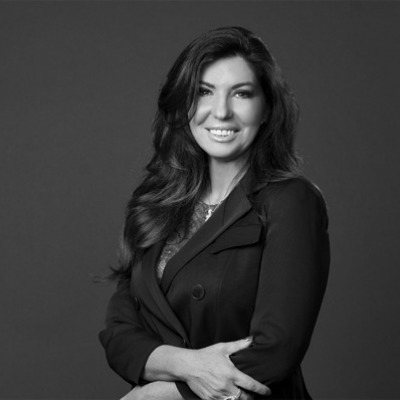 Ask a free consultation to the author

Fillers have been used for facial rejuvenation for some 25 years now, and yet they are more relevant than ever. As Dr. Gabriele Muti points out,...

There are areas of our face that are more difficult to treat in aesthetic medicine. For years, significant results have been obtained with the...

Facial fillers are today the most widely used cosmetic medicine treatments for giving the face a younger and fresher look; according to recent...

Aesthetic medicine has made giant steps in the field of skin rejuvenation, overtaking cosmetic surgery in terms of advances, technologies and...