Home > Aesthetic Medicine > Face > Laser Facial Resurfacing > THE USE OF LASERS IN AESTHETIC TREATMENTS OF...

The term laser is an acronym, meaning a system of Light Amplification by Stimulated Emission of Radiation.

To make it more simple, a laser is a single wavelength/colour of light, which is emitted by a high-energy light source, which can be manipulated with precision to target a very small area.

There are two basic types of cosmetic lasers used for aesthetic purposes: ablative and non-ablative.

Lasers are monochromatic, which means that they emit light of only one wavelength (or colour). They are used in cosmetic applications through a process called "selective photothermolysis". By breaking down this word you can understand its meaning: you modulate the frequency of light (photo) to produce heat (thermo) in a specific section of the corresponding area that you want to destroy (lysis). For this purpose, the wavelength of the beam of light must be synchronised with the colour of the target to be addressed, be it unsightly brown spots, broken capillaries or some other unwanted skin condition.

Laser hair removal is one of the most popular treatments for hair removal. The device emits pulsed light on the skin to target dark hair pigment and damage the hair follicle. The hair will start to fall out within 10 to 14 days after treatment, as hair growth and distribution on the body is not uniform, laser hair removal must be performed over multiple treatments to achieve the desired result.

Capillaries are the smallest blood vessels in the body that connect the arteries to the veins. When they narrow or widen rapidly, for various reasons, the thin walls break and blood flows out, causing thin red or purple lines to appear. Usually the most affected part is the face as it is most exposed to atmospheric damage. The use of lasers for capillaries makes sure that the light energy is concentrated on the broken capillary which absorbs the light and immediately initiates reconstruction stimulated by the beam received. The number of treatments required to completely eliminate broken capillaries varies depending on the number and appearance of the capillaries. A large network of capillaries may require several treatments, while smaller capillaries may disappear after a treatment lasting about 30 minutes.

Side effects associated with laser capillary treatment include pain at the time of treatment, which is often described as being snapped by a rubber band, redness or swelling after treatment, as well as scabs.

Laser scar removal is an advanced method, as the usual laser technology is not used for scars, but rather, a treatment that uses fractional lasers leaving behind a smoother, cleaner skin free from unsightly blemishes that usually remain with plastic surgery. In a few quick sessions, scars are much less visible and the skin becomes natural again.

Fractional laser treatment has bridged the gap between ablative and non-ablative laser techniques, used to treat areas damaged by the sun, and skin ageing, etc.

Fractional laser treatment seems to be well-tolerated by most patients. In most cases, patients can return to work directly after treatments or the next day, depending on the condition of the skin and the treatment carried out.

Some of the side effects and complications that may occur after aggressive treatments include:

Use of laser treatment for skin blemishes and facial rejuvenation

This is a restorative treatment and acts just like the previous therapies, the only notable difference is that, when using laser treatment for skin blemishes , a scab is initially formed on the treated area, which, as it falls off, takes the blemish away, but leaves the skin slightly lighter than the surrounding area. Whereas in places where there is no blemish, the smoothing effect rejuvenates the face, often in a single session.

Today, lasers are the most common method of tattoo removal. They target ink with very concentrated pulses of light that break the ink into tiny fragments, which in turn are then swept away by the immune system. However, this is not achieved with a single treatment, depending on the amount of tattoos and their size, the number of sessions increases. Experts in laser tattoo removal therapy say that the technology is highly advanced so that the resulting scars are minimal, sometimes non-existent, but this can vary depending on the situation. 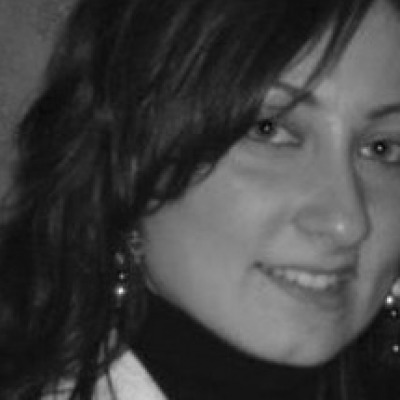 ALL OF THE LASER'S BENEFITS

Laser light has unique properties that allow it to generate and deliver very concentrated energy with great precision. This energy is able to...

Laser resurfacing is a treatment to reduce wrinkles and skin irregularities on the face, such as blemishes or acne scars. The technique involves...