QUICK GUIDE TO RADIOFREQUENCY, WHICH TREATMENT AND WHEN CAN IT HELP US

Who doesn't want to tone the skin of their body and give themselves a younger, healthier look? It is now possible with radiofrequency, a non-invasive technique used in aesthetic medicine to combat skin ageing and sagging.

The device used for radiofrequency delivers minimal amounts of high-frequency alternating electric energy into the tissues of the skin. These currents interact with the cells and cause a movement of the electrolytes, and all this energy is converted into heat. This heat is therefore generated internally and can even reach high temperatures without causing burns on the surface. Not all cells permit the same conductivity, some have high resistance, and in general the more they resist the greater the thermal effect obtained: adipose tissue , for example, belongs to this category.

The skin is made up of two layers: the epidermis, the superficial layer, and the dermis, the layer underneath it. It is here in the dermis that collagen is produced, the protein that makes the skin smooth and firm. This is produced by fibroblasts and has a triple helix structure that guarantees strength and consistency and it is this very characteristic that makes the skin firm and supports it, together with other elements.

The effect of radiofrequency facial treatment is to  denature the collagen fibres, breaking down the hydrogen bonds within them and causing a rearrangement of the intramolecular bonds with an immediate contraction and gradual effect. In fact, the fibroblasts will also be stimulated to produce new collagen: at this point we will see an increase in the density and uniformity of the dermal tissue with a reduction in laxity and an improvement in microcirculation and drainage.

The result: a genuine lifting effect which can also be used for skin rejuvenation as it reduces wrinkles and tightens the skin; to sculpt various parts of the body, as in the treatment of cellulite imperfections; and to regain radiance and minimise dark circles under the eyes. It can also help with acne and its sometimes scarring effects.

Radiofrequency can be of various types depending on the number of electrodes used; we have monopolar, bipolar, tripolar and multipolar. According to the number and positioning of the electrodes, what changes is the depth at which we will act, since we are creating real circuits of which the patient is an integral part.

Monopolar radiofrequency consists of one electrode on the handpiece and a passive plate that must be placed in contact with the patient. The type of heat produced is bulk, which means that it penetrates into the dermis at full depth, into the adipose tissue and reaches the superficial muscle fascia; it then proceeds to operate at depth. This system has a non-ablative action and is suitable for the whole body, except for the face.

Bipolar  radiofrequency places both electrodes on the handpiece and generates a binary-type heating or rather, the heat penetrates first where the structures offer less resistance and therefore has a more surface level action. In general, the depth is calculated at about half the distance between the negative and positive poles and is not contraindicated in subjects with metal dental bridges, implants or plates. It is therefore possible to use it safely on the face, neck, décolletage and hands.

With multipolar radiofrequency treatments the energy passes from one pole to another and creates a current flow with the formation of an electro-magnetic field. The heat is generated evenly, at the surface level and at the same depth and still ensures a lifting effect.

As methods of treatment they are well-tolerated, especially with the new technology available, and the improvement of the skin's appearance with tightening and smoothing is visible from the first session. However, in order for the results to be long-lasting and progressive, the treatment should be repeated. Even more so if you do not want an effect that lasts only for the immediate future, but if you are looking for a visible rejuvenation or body reshaping in the long term. Side effects are usually mild, oedema or mild redness but due to the principle of action on which the procedure is based it is not recommended for pregnant women, persons with pacemakers, cardiac arrhythmias or epilepsy problems, those with ongoing infections and those being treated with anticoagulants.

This technique is also currently developing devices that, instead of using heat as a means of denaturation, use energy in terms of resonance , thereby avoiding high temperatures in the tissues.

There is also a type of ablative radiofrequency that selectively vaporises the most superficial cells of the skin by means of electric arcs, avoiding the surrounding cells, but the indications are completely different. It is used in cases of skin thickening or to treat minor scars. 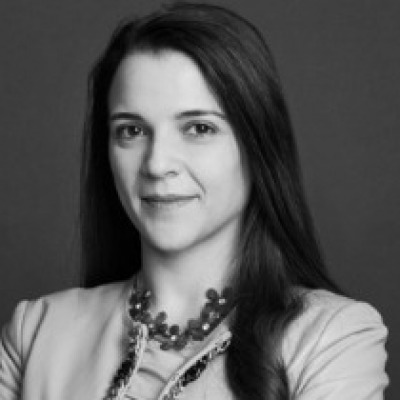 When we look in the mirror, we often see a tired face, even if it is not what we expect to see. Without surgery or other invasive methods,...